SteamWorld Dig tells the adventures of Rusty, a steam powered robot whose uncle has mysteriously disappeared in a mine. Armed with a pickaxe and flamboyant optimism, Rusty digs his way through earth and rocks, uncovering precious metals, minerals and gems, hidden secrets of Old World and the mysteries that lurk bellow…

SteamWorld Dig is a clever platformer that doesn’t rely on lightning reflexes and perfectly timed combinations if you’ve been patient to upgrade Rusty’s abilities and equipment. Can’t jump high enough or crawl up walls? Just get some extra ladders or a water tank for steam jumps! If the going gets too tough (or your pickaxe takes too long to dig through harder rocks), it probably means that you should backtrack a little to amass enough dollars for drills and dynamite. SteamWorld Dig’s most playable feature is the ability to purchase teleporters that you can drop anywhere you like during your adventures, immediately creating a convenient waypoint back to town.

Infrared vision would have been a nice upgrade as Rusty starts out with a barely flickering lamp that gradually shines a wee bit longer. A metal detector is useful for locating nuggets but lamps quickly dying out becomes a recurring hassle. It gets tiresome to dig through dark spots and you resolve to make your way back to the surface. The only boss encounter of SteamWorld Dig is on the hard-hitting side but a welcome relief from the hordes of nameless poisonous critters and demented dynamite throwing mutants.

Despite its 2D cut-out looks, SteamWorld Dig is a little game with big hearted small bots. The dialogues are limited to R2D2 style tweets and twirls, but the lively characters form a cartoony mix of Old West and Steampunk. It’s hard to visually tell the difference between the different sorts of minerals, nuggets, gems and other underground riches, but they’re colourful enough for handsome rewards at the trade shop.

SteamWorld Dig is buried underground somewhere between a relaxing mining operation and a rhytmic excavation. The game adroitly shirks repetitive grind by providing enough loot, abilities and tool upgrades to keep you burrowing deeper. There is something strangely rewarding about finding treasures in the dirt… The storyline ends on a cliff-hanger but is motivating enough for a few minutes that turn into endless mining nights. SteamWorld Dig is rarely annoying and finely balances casual gaming with that little extra stress free perkiness. 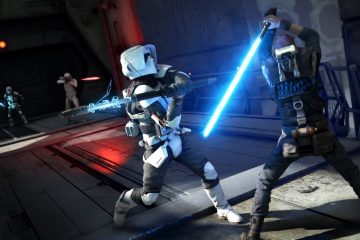