You start at the lowest ladder of the triad, bullying your way around as the game teaches you gently about simple punch and kick combinations first, until you finally become a Kung Fu master later. Even for an old gamer, the melee fighting is a joy (and believe me, we’re not fans of the mashing keyboard sextuple key combos). The fighting is gratifying as you can quite simply achieve visually spectacular moves straight from quintessential martial arts films. The game runs well on low and medium settings on computers with average specs, although it will look more beautiful on higher end machines.

Annoyance: Close to none

Finishing the main story is a breeze, even for older casual gamers. Hard core players will hunt for every shrine, purchase every car and motorbike, and try to score higher and faster than rivals online. Towards the end of the game, we have to point out that our feeble not so dexterous fingers couldn’t quite jump the scaffoldings. That’s because the keyboard or a PC is not adapted to some of the action moves. Remapping the controls to the mouse, and remapping the keys again after the jump, solved the problem. But that’s about the only annoyance I ran into.

Ok, if you’ve been to Hong Kong, you’ll quickly notice that the game is far less populated than real life. But it’s still an exciting and exotic place to explore. You’ll pick up some Cantonese swear words along the way. The voice acting is superb; this is professional grade Hollywood big production, with known names such as Lucy Liu and Kelly Hu. Strange that the characters are not modeled after the actors, but rather computer generated. The average goons are lively and don’t take themselves too seriously, they look like straight extras from the martial arts industry!

The Old Video Gamer’s Prattle: Be the Bruce Lee you can be 9/10

This is a fine open world game with a page turning story. You want to know the end as your character climbs higher, grows bolder and gets closer to the powers that run the city. The variety of fun things to do will keep you busy for a while. 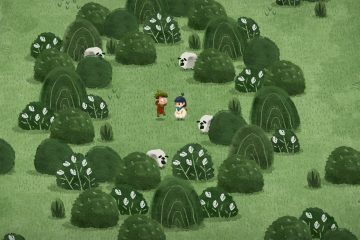