The core of the game is seriously solid with an abundance of real world football statistics from Prozone, which itself relies on stadium camera analysis of matches and players. As reference software, Football Manager provides a bargain basement access to professional level consultancy data. The old casual video gamer might never use three quarters of the options at his fingertips (set pieces, training, tactics, transfers, match planning, scouting, staffing etc) but cannot complain as more for the same price is always better. It has been a while since Football Manager made an effort at being accessible to newcomers. Football Manager 2016 has a stripped down Touch Mode where the focus is “only” on transfers, tactics and matches. Touch is already overwhelming but at least you can breathe easier and with only a little patience be gratified by the results of your scheming on the football pitch.

Beauty: For those who see beauty in numbers

Football Manager 2016 is a visually dry gaming experience. The interface is antiquated and on par with early 1990s statistical packages. The latest iterations of Microsoft Office and Google Docs may have more bells and whistles. There are spreadsheets artists who are capable of faithfully replicating Hokusai’s Great Wave or a picture of the Tower of London. Football Manager 2016 is definitely not one of them. Don’t expect virtual reality quality from the match engine. The commentaries of matches appear as subtitles at the bottom of the screen. While the animation is fluid, there is little excitement in the stadium and soon you are forced to go back to the humdrum of pouring over endless reams of statistics. You’ll have to crank up your own radio station as the game’s soundtrack is nonexistent.

Football Manager 2016 has too much in common with the less glamorous tasks of my daily job. It is a nerdy game with a nerdy interface. I’ve never managed a professional football team so I cannot really comment on the realistic qualities of this simulation. I haven’t heard Arsene Wenger or Alex Ferguson comment on the game either. If you’re a casual gamer like me and just want to enjoy a quick little game of footie, Football Manager Touch 2016 (the more affordable and accessible streamlined version of Football Manager 2016) is a worthy alternative. 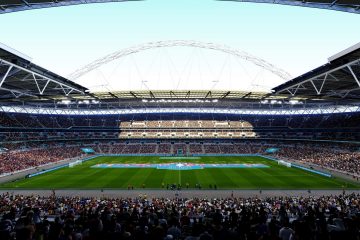 For the amateur of sports who is not physically inclined to exercise, a good game of football in one's library is a requirement. Warm up to the next Euro and World Cup from the comfort of your home within easy reach of a slice of pizza and your favourite drink. We run the ball with Konami's 2021 season update of its Pro Evolution Soccer series.