Wanderlust? Tired of old reruns of travel shows? Still under lock down? Curious Expedition 2 attempts to bring back the excitement of travel and exploration. Don’t expect easy travels and fair winds, as this roguelike is likely to test your mettle (and patience).

Curious Expedition 2 takes place in an alternative XIXth century, with steampunk elements of course. Great clubs of explorers are funding expeditions to bring back the most amazing treasures and artefacts from around the globe to the 1889 Paris World Fair, for which the Eiffel Tower was famously constructed. Balance greed, sanity, guile and brutishness to survive the dangers of mysterious jungles. Dynamite impregnable mountain ranges and brave the curse of ancient gods. Countless adventures await!

Curious Expedition 2 follows a procedurally generated narrative. You get to explore wicky wacky worlds, meet superstitious savages to swindle (more on that later) and amazing strange monsters. Recruit a party of quixotic adventurers, sail to an undiscovered continent, and slog through countless dice rolls. Curious Expedition 2 is that type of Dungeon Master that makes you roll a D20 to go to the loo. In this case, it’s a series of D6 with funky colours whose original meaning still escape my modest comprehension. Combat is tough, it’s long, and it’s merciless. Explore a fog of war shrouded map, find treasures! Meet lizard people, ride dinosaurs. Roll more dice to confirm totally predictable misfortune. Bring loot them back to Paris, get your rewards, after trying and dying an awful lot.

As Old Video Gamers, we’re not particularly squeamish. What was acceptable a generation ago, or just last year, might feel a little discomforting today. Some people don’t see the issue with blackface and afro Halloween, or taping their eyes to make them look like an authentic Chinaman. If you’re one of those, you might very well enjoy Curious Expedition 2 (i.e you’re clueless and culturally insensitive, or you’re a sociopath). Finally, a game that joyfully harks back to the days of Rhodesia and the British Raj (replace with appropriate colonial masters). Seriously? In this day and age? Sure the tribes you encounter are not identified with real life “primitives”, but still… I had a Roma Trader in my party of adventurers. Roma thief, cum rogue. Wily, devious, cunning and overall untrustworthy. No need to explain how this is in poor taste…

Curious Expedition 2 is a beautifully illustrated game. It is nothing short of amazing. If you’re a fan of Hergé’s Tintin or enjoy classic European comic books, you’ll gawk and screencapture. Every single scene is rendered in painstaking details with a masterful polish. Though the animation is laughingly robotic (maybe on purpose), the vibrant colours combine with deft pencilling to make up for otherwise lacklustre gameplay. Can beauty alone be the redeeming grace of Curious Expedition?

Unless you’re absolutely thick skinned, after a short while, you’ll feel a little uneasy playing the Curious Expedition 2. Sure, curiosity plays a role in your endeavours, but most of the time it’s the looting of priceless cultural artefacts that rewards your expeditions. Exchanging baubles and useless trinkets for diamonds and sacred relics, stealing from dumb clueless autochthones, what’s not to like? We kept playing Curious Expedition 2 because we really like the artwork. It’s fantastic. Unfortunately, the joyful ham-fisted old school colonialism is hard to swallow at the dawn of this new millennium. Even if you can sip the plundering of them dumb savages, you’ll have to put up with arbitrary dice rolls. Curious combat along procedural narrative overlaid on colourful background. So you like punishment, don’t ya? Save the artwork! Lizards are cool! Rewrite!

If you’re itching to travel and discover brave new horizons, try to circumnavigate the world in 80 days, a beautifully illustrated reading expedition based on the Jules Vernes classic. 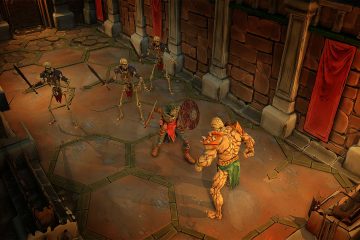 Gloomhaven, a city of dejection where murkiness competes with melancholy. Lead a small party of sellswords with allegiance to gold and adventures. Clean up monster infestations, pillage crypts, loot warehouses, rescue hapless villagers, and draw more deadly cards from your expanding collection. 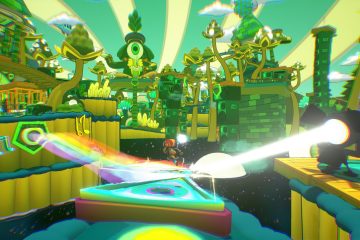 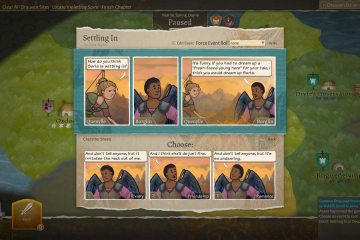